Oops! It appears that you have disabled your Javascript. In order for you to see this page as it is meant to appear, we ask that you please re-enable your Javascript!
↓
Home→Knights Emblem

The emblem of the Order dates from the second Supreme Council meeting of May 12, 1883 when it was designed by James T. Mullen who was then the Supreme Knight.

The emblem contains a shield mounted upon a Formee Cross.  The shield is associated with medieval knights.  The Formee Cross represents a traditional artistic design of the Cross of Christ through which all graces of redemption were procured for mankind.  This then represents the Catholic spirit o the Order.

Mounted on the shield are a fasces standing vertically and crossed behind it, an anchor and a dagger or short sword.  The fasces, a bundle of white birch rods, is symbolic of authority which must exist in any tightly bonded and efficiently operating organization.  The anchor is the mariner’s symbol for Columbus, patron of the Order.  The sword was the weapon of the knight when engaged upon an errand of mercy.  The shield expresses Catholic Knighthood in organized merciful action and with the letters K of C, it proclaims this specific form of activity.

The ecclesiastical symbolism in which red becomes the reflection of the drips of Christ’s redemptive blood shed upon Calvary, and of the martyr’s blood shed in the defense of the faith 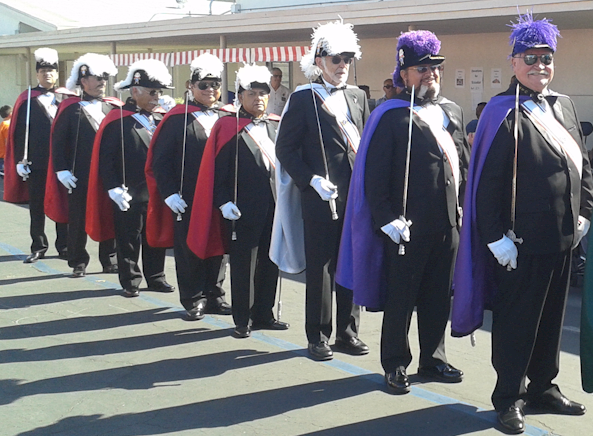 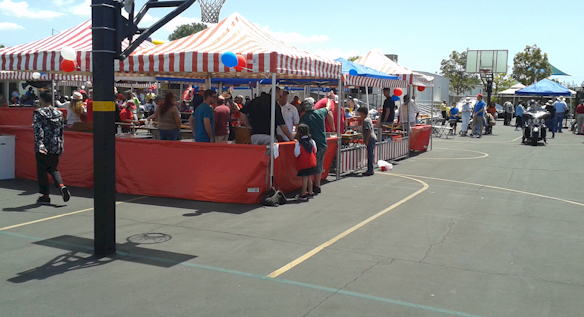 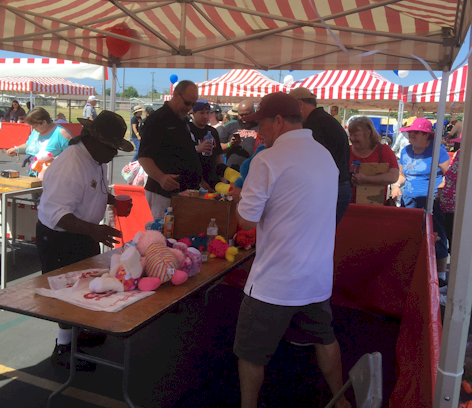 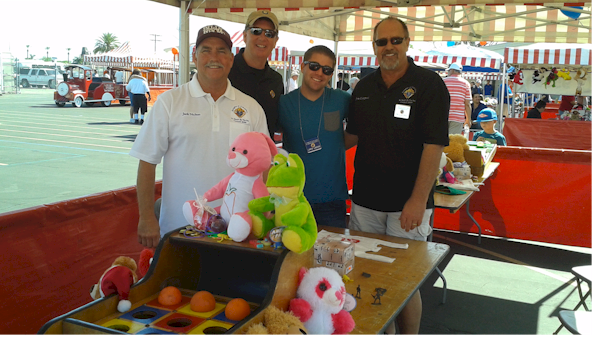 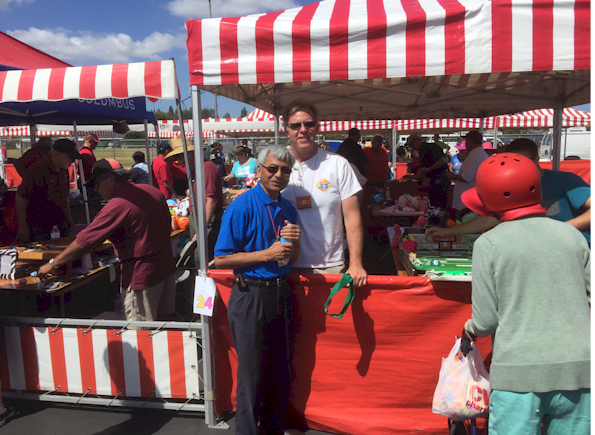